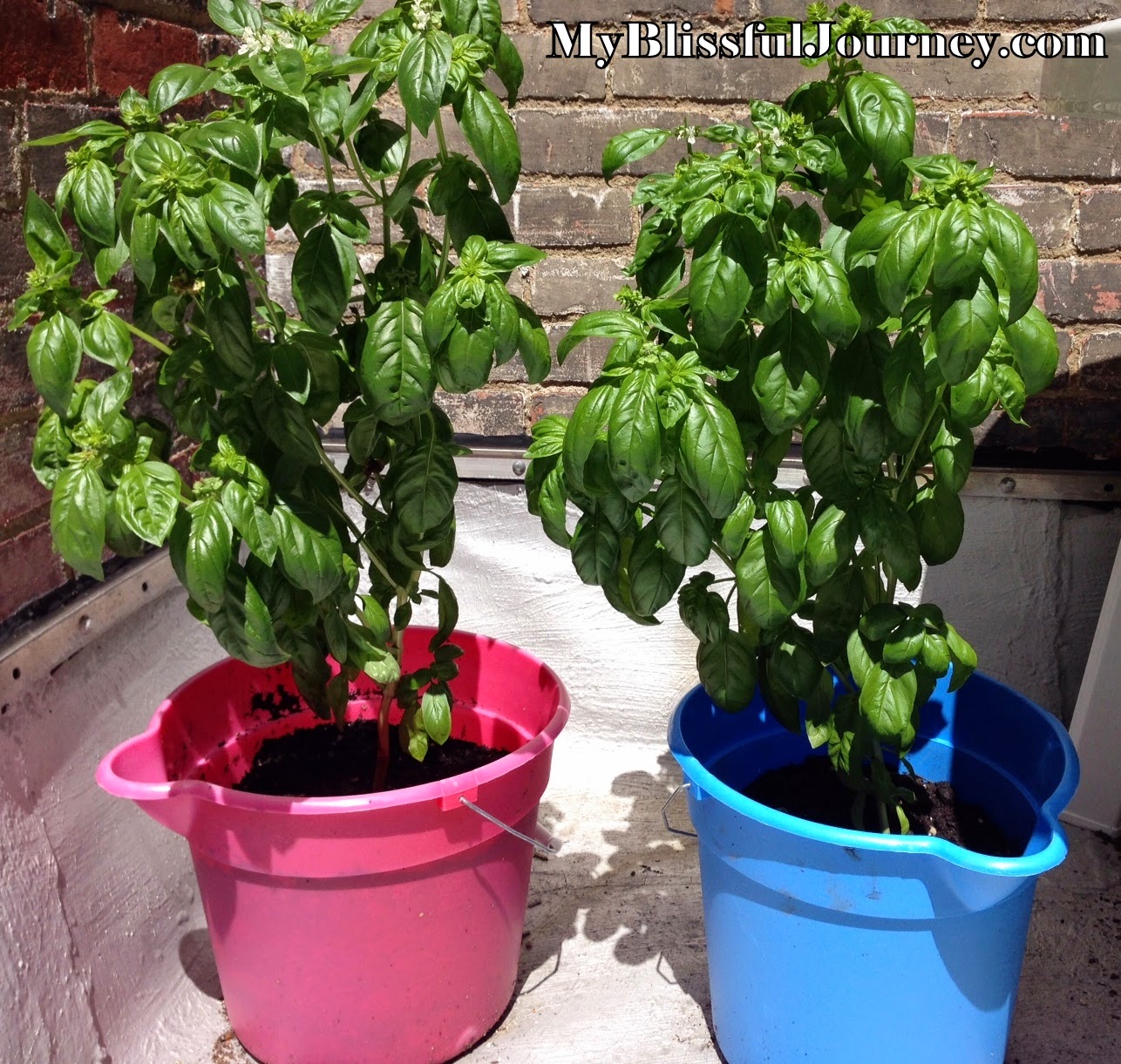 These are 5 gallon buckets.  In these 5 gallon buckets are Basil plants!  The Basil Plants are about 3 and a half feet high so far.  I honestly can't believe how much basil these - once small plants - produced this year!!!  I know they usually do well - but had no idea they would do THIS well!

I'm very excited about this!  I have already done a few different pesto's out of the leaves I have plucked.  I hope to do more and very soon!

I will surely log - here on my blog - more about my near-future pesto adventures.

I think I might try and juice some and maybe add some to a few green smoothies, too, since I have so much! 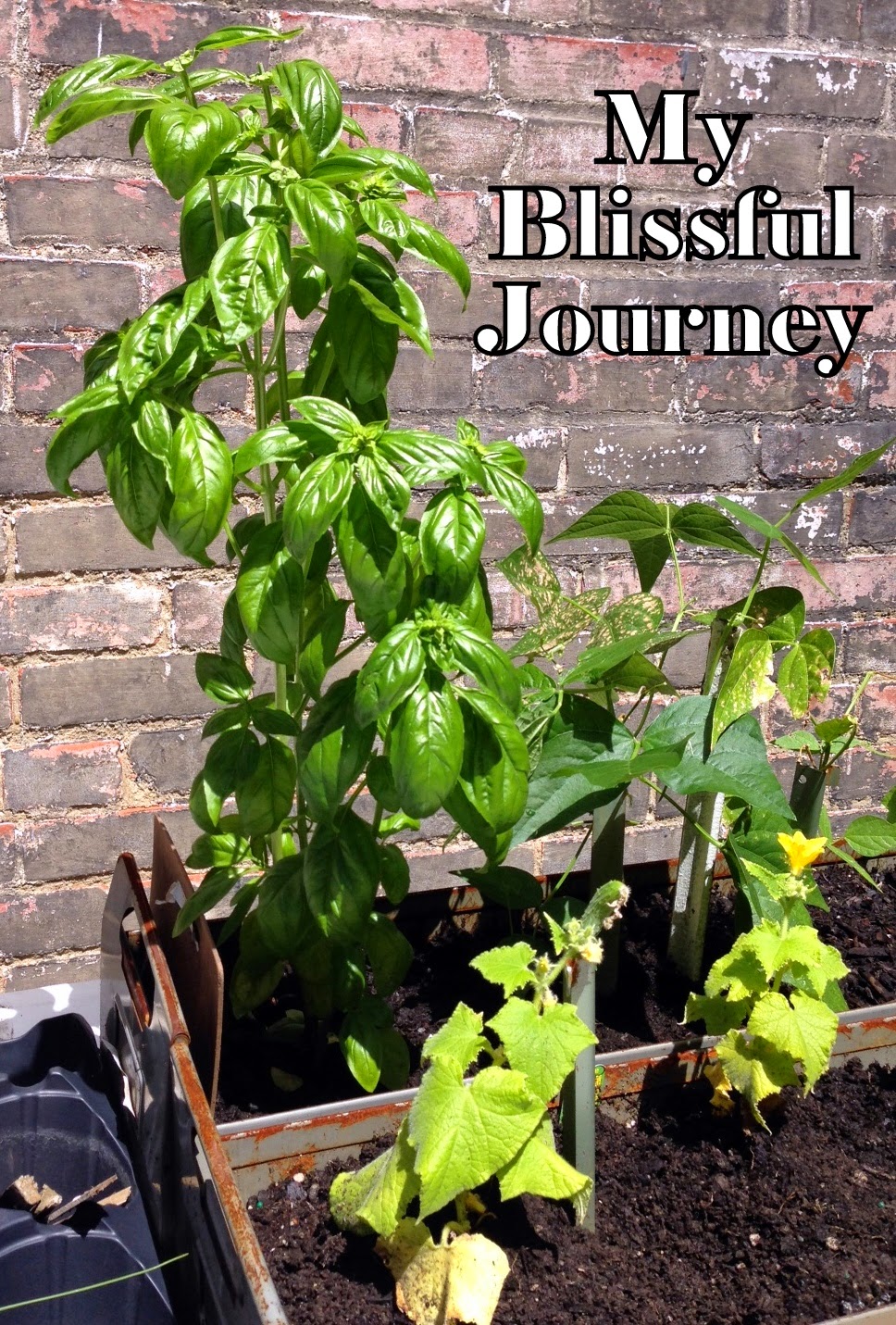 But WAIT...there's more!  Yup!  You see correctly!  That's a 3rd basil plant!  This one isn't as big as the other two but still a very good sized plant.

Oddly, this is the Basil plant I thought was NOT going to make it but it ended up pulling thru just fine!

In front you can see some of our cucumber plants.  They were slow at the start but I think we might see a few - thru to the end!

There are some Contender Beans next to the Basil - in this photo - as well.  We thought we were going to lose all of those, too, but we were able to save 2 of them.  One feel off and started growing next to it - in between the one Contender Bean and the Basil plant - all on it's own!

We've been picking them as they are ready and munching on them as snack - while at work! 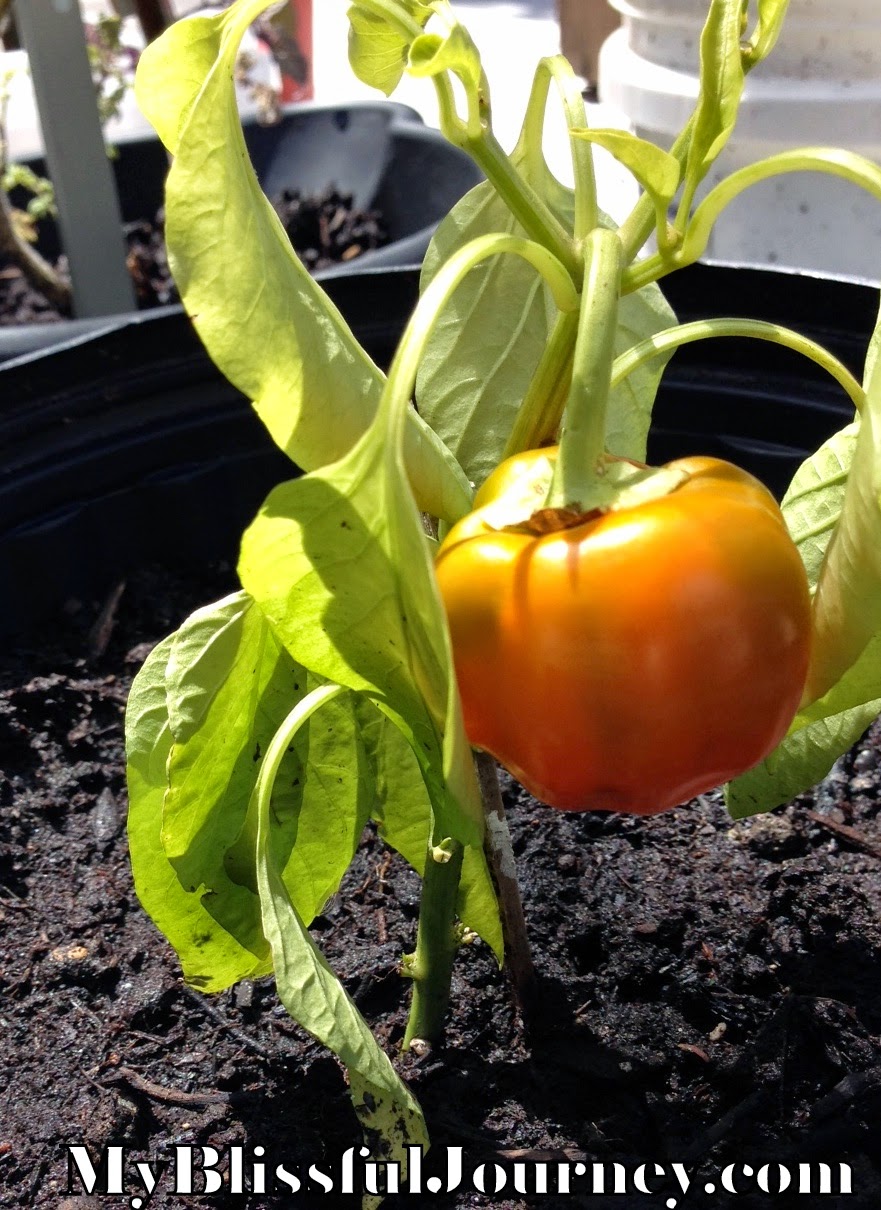 This is a photo I took of our one sweet orange bell pepper last week but I'm happy to report that it's even more orange today.  The leaves are a little limp but we worked in some more soil and such to see if that helped.  I think a few bags of soil we bought were crappy.  One had too much 'wood' and the other was like mud/cement.  Live and learn - I guess, eh!?

Next year we will know not even to try the root veggies and I think we will nix the broccoli next year, too!  Eventho our broccoli plant was HUGE - it seemed to take MONTHS and ended up not producing ANYTHING.  Oh well.  This year was our first year and we will apply that to following years and go from there.

It was slow-going or should I say slow-GROWING with our Rosalita Lettuce but we were able to get a few of them to produce some greens.  We learned if we let them go too long they produce weird 'shoots'. 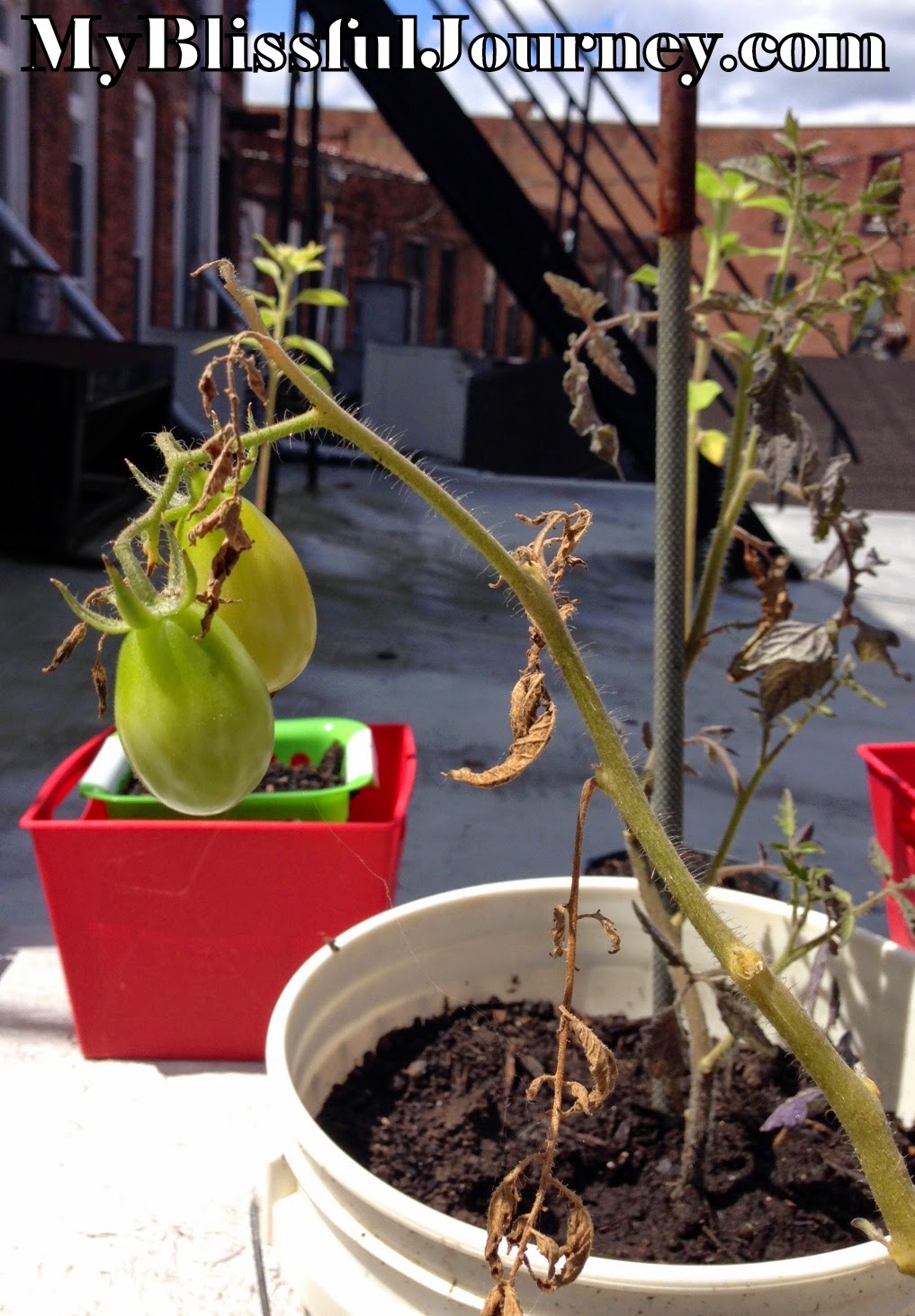 It's been VERY 'hit and miss' with our tomato attempts so far.  We have these two and another one that seem to be doing well but that's about it.

We really tried to bring these guys back from the 'brink' with a little bit of 'lime' that Sam's father gave us.

I'm hopeful with our 3 Sunflowers - more on those in the near future - fingers crossed!

We might try and experiment with indoor container growing in off season months, too.  Nothing major just a few things we can try in the front room that has large windows.

I know there seem to be a lot of things that aren't really going our way but I want to keep trying!  There are other things that we are having success with - I assure you!
Posted by Unknown at 11:52 AM