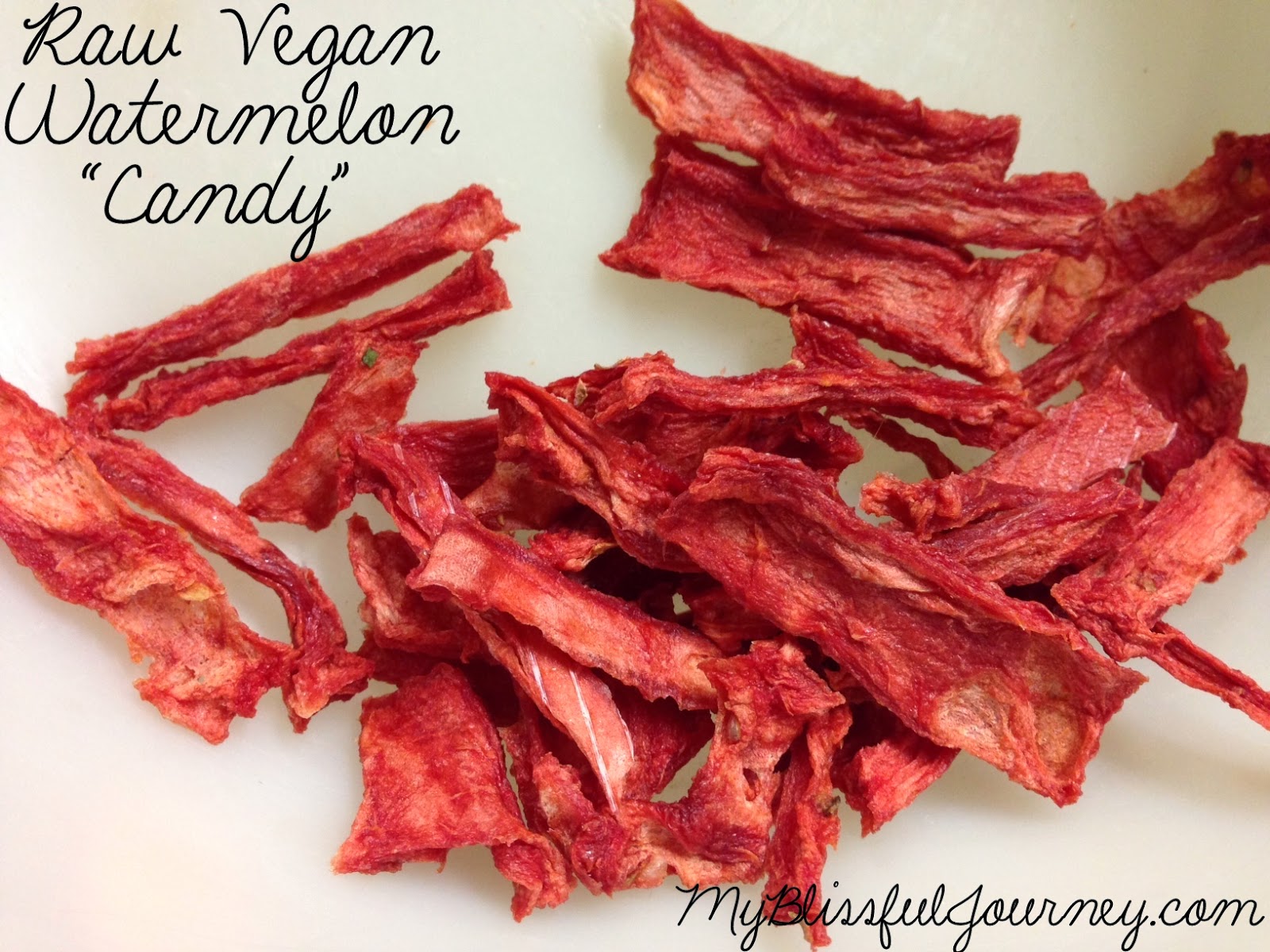 Today's I'm kicking things off with what I did in my dehydrator yesterday!  This, of course, is part of the challenge Opal had set over the weekend where I'm trying to do at least one thing per day (or night) in my Excalibur!  I wanted to keep it simple again like I did with yesterday's post...but even more so!  What you see here is PLAIN Watermelon!  Nothing else added!  I dried at about 115-120 for about 14 hours or so.  I've tried this before and haven't dried them long enough!  I FINALLY was successful!  YAY!  A little patience is all I need!  These turned out great!  I like to call them "Candy".  The flavor is similar to a Watermelon Flavored Jolly Rancher
(It's been a LONG time since I have had one but it's the first thing I thought of when I munched on one of these little gems!) 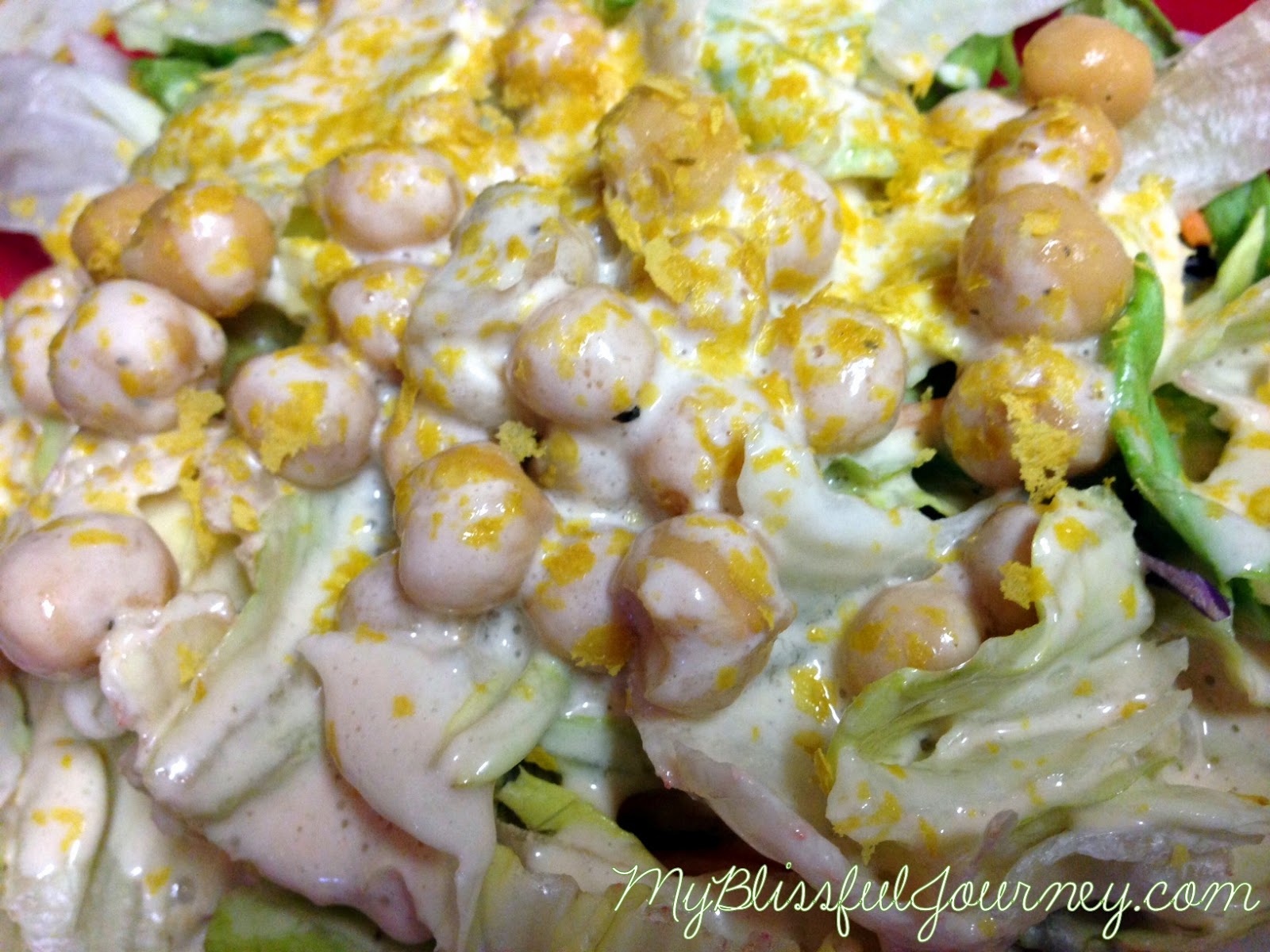 Last night I ended up adding a large salad to my dinner!  I had some lettuce I NEEDED to use!  I also had some left over Chickpeas from the dish I made for lunch yesterday so I added some to the salad along with some Nutritional Yeast.  YES!  There is a dressing in there, too!  YES...I added a but more liquid that I wanted...so it was thinner than normal...BUT...the flavor was still LOVELY!  It's a mixture of 2 T Tahini, 4 T Lemon Juice, 2 T Maple Flavored Agave Syrup from Wholesome Sweeteners. 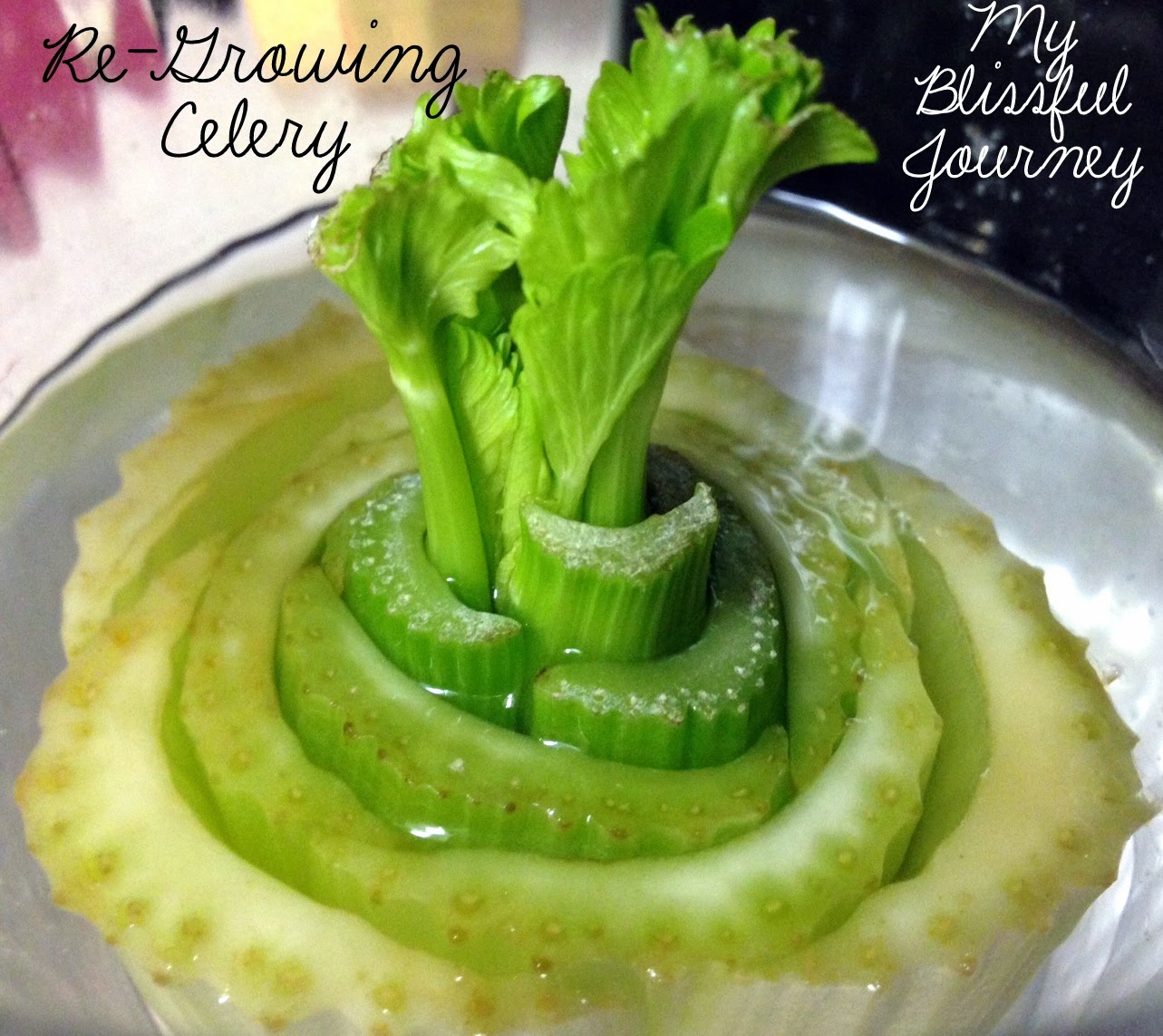 I told you that I was also doing some "Kitchen Gardening" in addition to what we were doing with the Indoor/Container Gardening in preparation for our Rooftop Garden.  Here's a look at the progress of the Celery I'm attempting to re-grow at home!

I change the water 2 to 3 times each day.  So far I have ripped off the outer layer of the old celery because it was getting discolored.  I may have to do this again.  However, I'm pleased with this first attempt of re-growing celery!

Another update...the Cashew Cream that I made last week was featured on the Garden of Life Blog!  I wrote up an additional Guest Blogger spot for them specifically based on the recipe and idea I posted last week.  There are more photos and additional ideas and alternatives to some of the ingredients!  Take a look when you have a chance!

SUBMIT Your Raw Food/Dehydrated Creations on this week's Dehydrator Challenge!
Posted by Unknown at 5:47 AM