Yes...I need to start doing a little catch up once again!  I was going to put this recipe on my blog last week but the week got away from me.  Sorry about that.  Last week I made this Vegan Mac & Cheese.  I used Orgran Vegetable Noodles but the real flavor was in the sauce.  Here's what I did for this sauce...

It was reminiscent of a "Sharper" type tasting cheese.

It made more than I was ready to use for the Mac & Cheese so I added about a teaspoon of Red Jalapeno Powder and used the rest as a Nacho Cheese Sauce for Tortillas.

I would make this again!  I think this is a good Multi-Purpose Vegan Cheese Base of sorts. 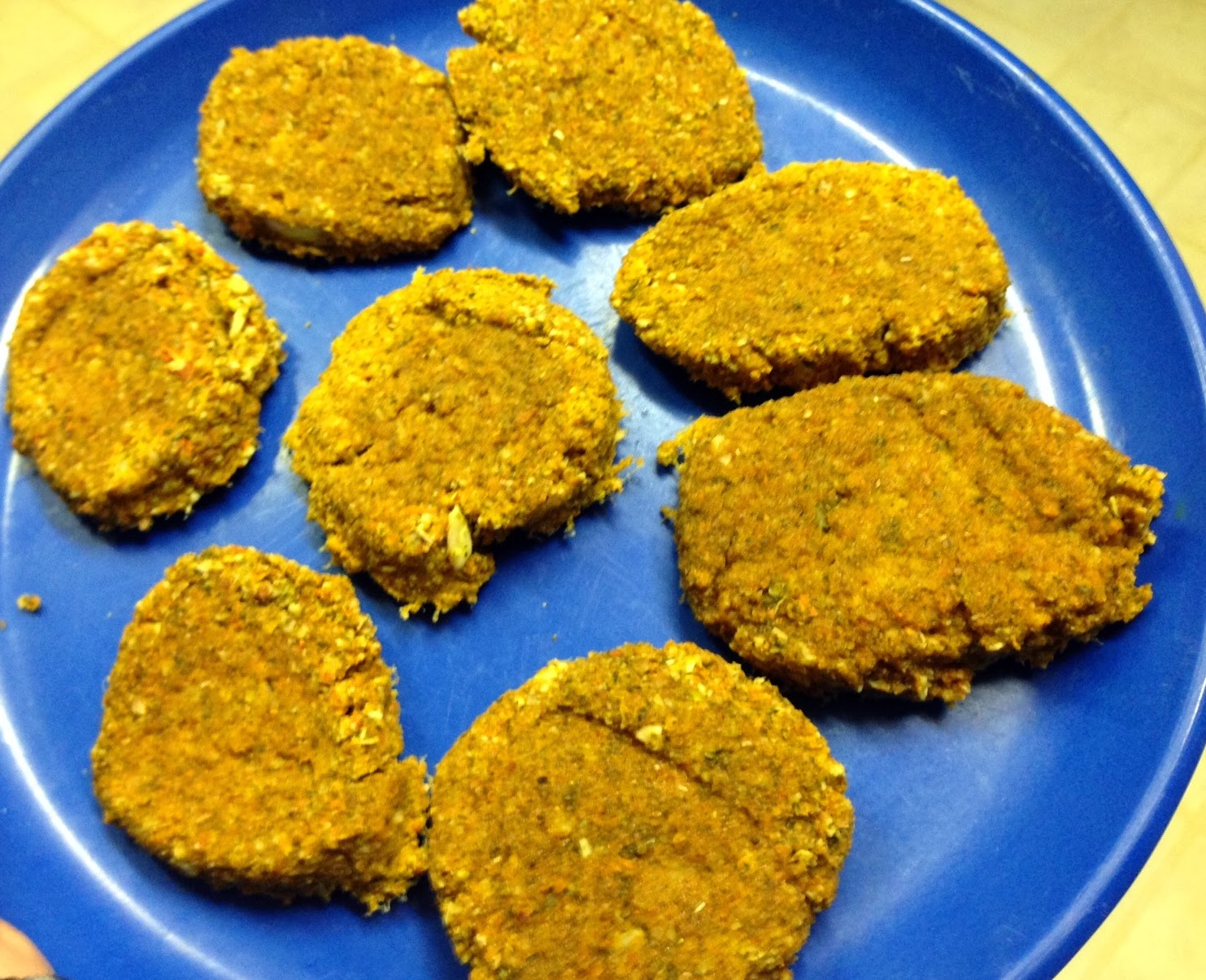 Last night I made Raw Vegan Burgers in my Excalibur.  For years I have had a hard time making veggie burgers at home because they have always fell apart.  These worked nicely in the Dehydrator!  I'm quite excited!  Here's what's in these...

I had a slew of Baby Carrots I NEEDED to use SOON and thought this might be a good way to try it.  Again...I think this is a neat base to play with and I would like to try them again with some spicy ingredients as well as maybe some corn and other veggies such as broccoli, peppers, maybe some beans or sprouts, even. 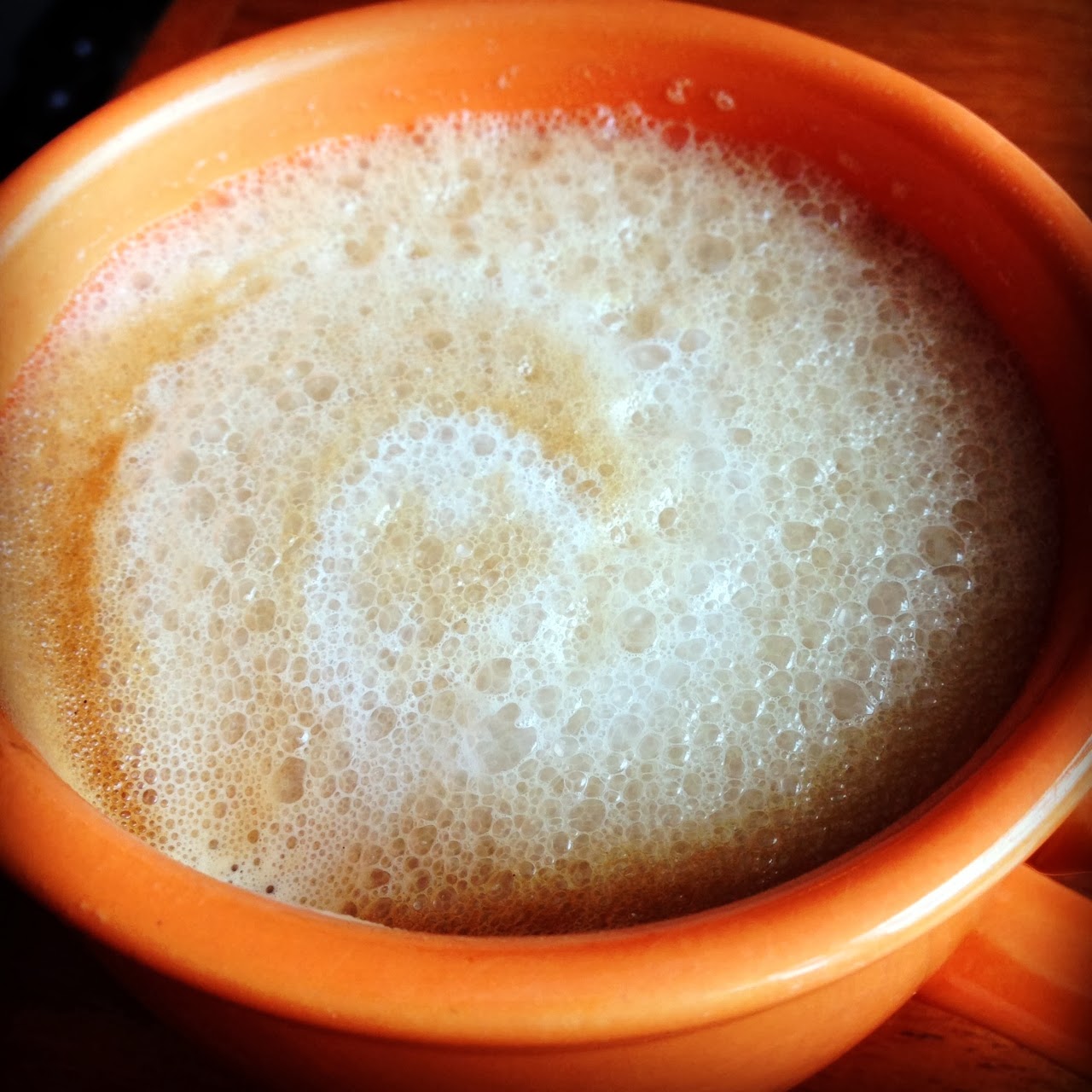 It was a weird weekend and I am sure I will share more of it as this week progresses.  One of the BAD things that happened is I whacked my 'pinky toe' on DH's Recliner and my foot is turning BLACK.  OMG...it hurts!  And with this ongoing COLD it sure isn't helping it!

On a GOOD side - I was able to visit The Labyrinth in Jamestown yesterday and ordered one of their Vin Diesel's for lunch/dinner.  It was great!  It's loaded with Grilled Chick Pea Salad, Avocado, Bell Peppers, Red Onions, Cranberries, Diced Tomatoes, Baby Spinach, Vinegar, Sunflower Seeds, Vegan Sour Cream, and Hot Sauce!  It was a 'Party In Your Mouth'.

In addition to the wonderful wrap...I ordered one of their Soups of the Day which was their Vegan Lentil Chilli and I get for my lunch today!  While I was waiting I thought I would treat myself to one of their Espressos.  I don't do that often at all but I will tell you it would totally worth it!  They have their own Coconut Cream that they do as a milk alternative and the size of this Espresso was something I have never seen before!  It was AMAZING!  So yes...I am a happy camper after that visit. 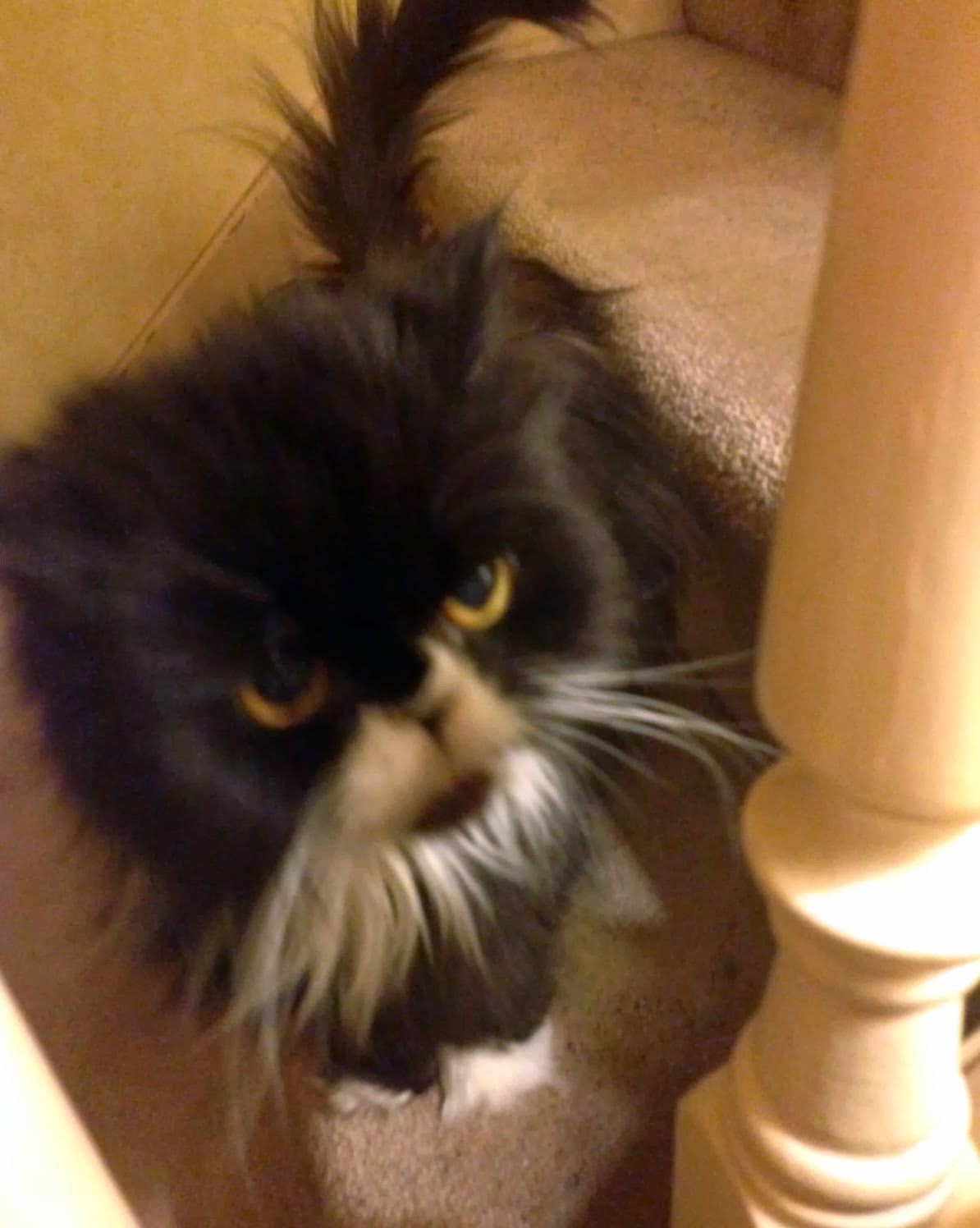 An update on Gabby - she's been eating much better since we started giving her wet/canned food but now I think there is something else wrong with her.  Not sure if it's a blockage or worse so tomorrow she has an appointment.  She doesn't appear to be in any pain as she's the happiest cat I have ever seen!  She's constantly purring and the sweetest girl!

I just don't have a good feeling about this.  I've read up on Persian Cats often having problems with Poly-cystic Kidney Disease for which there is no cure.  I'm wondering about a blockage now that's she's gaining weight from the wet food but it's all collecting in her stomach.  She's NOT a young cat.  We've had her for about 10 years and when we adopted her they said she was around 2 or so and had been homeless for what they thought was most of her life.  I'm really worried about our little girl!
Posted by Unknown at 8:35 AM