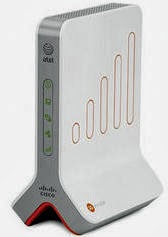 Several Weeks ago we noticed a significant drop in cell service at our home. We do not have a land line we only use our cell phones.  My husband has a home office and studio and once he's done with his air shift at work he will work mostly out of our house.  In addition to being on the air he's in Marketing & Sales and NEEDS a reliable cell signal at all times!  We were NOT able to get the service we needed due to tower maintenance in our area for about a week.  This was unacceptable.  In addition to his work he was also missing and dropping phone calls from his doctors while he was having multiple issues going on a few weeks ago.  We submitted a Trouble Ticket and I ended up calling 3 times and we went to our local store twice.  The last time we showed up at the store we were finally able to get some answers and move forward with what we were going to do and how we were going to try and handle the issues we were having.  Long story short - we ended up getting an "M-Cell Tower".  That's how it reads on the iPhone when it's hooked up so that is what I have been calling it but the official name is AT&T 3 G MicroCell Wireless Signal Booster.  It retailed for about $199.  When we went in Dale ended up getting a great deal on the new iPhone and I ended up taking his old one - which was still a step up from mine - I previously had an iPhone 4S and now I have his old iPhone 5.  He upgraded to the 5S.  I ended up getting a SWEET deal on mine for turning it into them...they offered me $200 for it because it was in great shape.  They replaced my SIM Card as well which totally made a difference too!  So by getting the $200 Gift Card I decided to spend it on the M-Cell Tower.  They ordered it from a neighboring store and we picked it up the following Monday Morning.  Hubby took it home and hooked it up and we haven't looked back!  It's just what we needed!  I have 4 to 5 bars of service consistently, now!  It's AWESOME!

In short...The AT&T 3G MicroCell device acts like a mini cell tower in your home, and connects to your existing broadband Internet service. You receive improved cell signal performance for both voice calls and cellular data applications like picture messaging and Web surfing.

So far - we haven't had a problem with this at all and based on our current Cell Phone Family Plan it doesn't cost us any additional money per month.  It's working like a charm!
Posted by Unknown at 3:01 AM