My First Attempt At Panelle 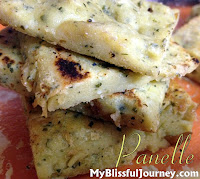 A while back I bought some Garbanzo Bean Flour for a very low price and last night I finally decided to do something with it!  I decided to make Panelle.  You may already know about this food but I have to admit I am a beginning when it comes to tasting it - let alone TRYING to MAKE it!

Panella are Sicilian fritters made from gram flour and other ingredients. They are a popular street food in Palermo and are often eaten between bread or on a roll, like a sandwich. Panella are believed to be of Arabic origin. Wikipedia 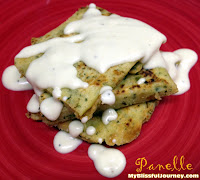 I decided to make a dipping sauce for them - a Garlic Dijon Aioli.

I was really pleased with my very first attempt with Panelle.  I will have to try it again but as a sandwich!  Feel free to click on the photos for a closer look!