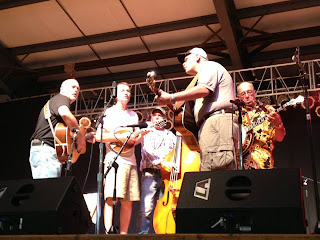 Christine and I have chatted about our husbands BOTH being in bands (yet another thing we have in common!) 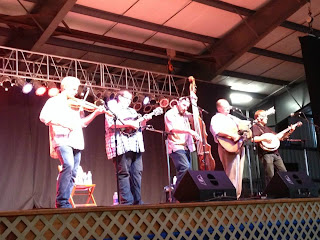 This is a photo of Danny Paisley & The Southern Grass.  Their Mandolin Player is Danny's son and he's only 13 years old and AMAZING! 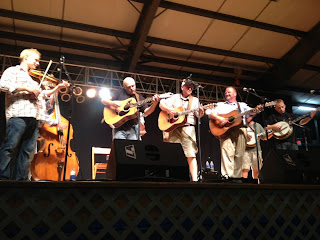 Something AWESOME that happened was that Danny Paisley played Dale's Guitar AND his son played Tom's Mandolin.

And something REALLY Awesome that happened...after their main show...Danny's band asked Northern Railroad up to the stage to play a couple of songs with them!

They had a great jam!  I think everyone had FUN.  It was a really neat time!  Their band was wonderfully laid back and oh-so-nice! 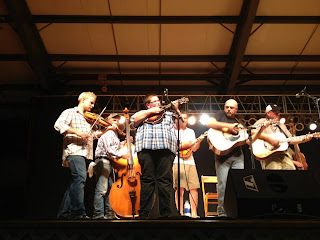 I know it's something the guys will remember forever!  That they got to play on stage with an IBMA Bluegrass Award-Winning Band!

I wasn't able to take video last week but I found this somewhat recent video on YouTube from August 3rd.  They performed at our Fair on August 8th.

In case you were interested in checking out their instrumental talents!