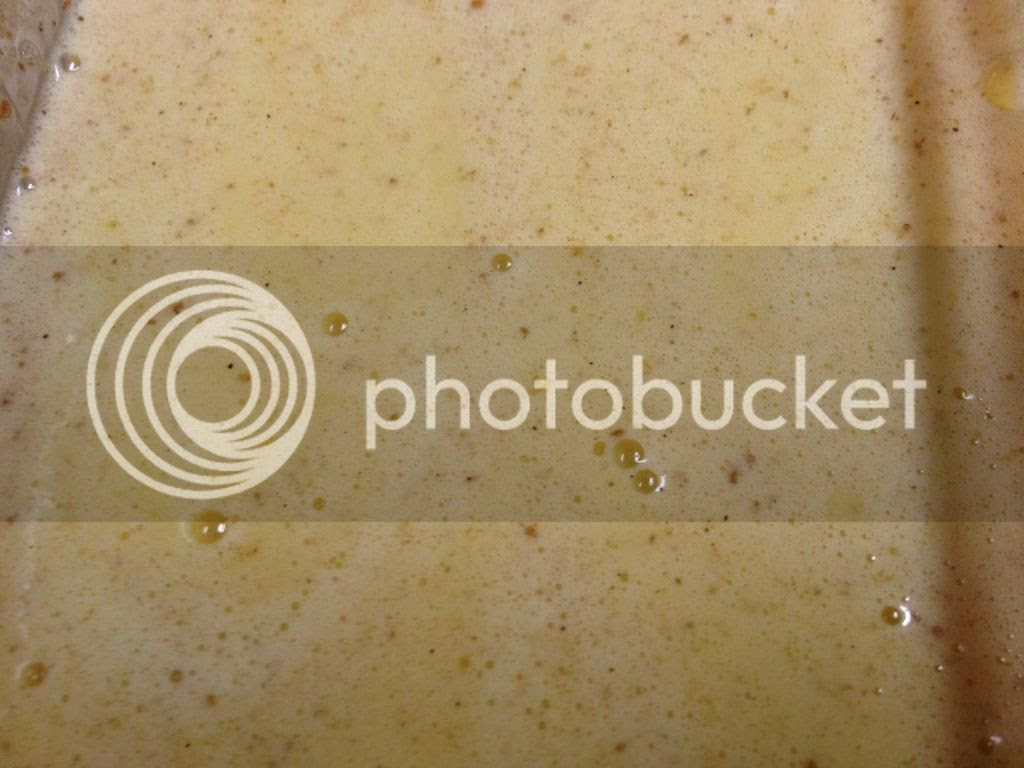 Sorry it's been pretty quiet on the website this week so far but I assure you REAL LIFE has been anything BUT quiet.  I would explain more of what has been going on but I would rather focus on some of my food adventures over the past week instead.  A while back I purchased The Vegg - it's The World's First Vegan Egg Yolk.  Sure, I wasn't sure how this would work but with what little I have done with it so far - I am pleasantly surprised with this product!  I decided to do French Toast with it.  The instructions are right on the package.  4 teaspoons of the 'powder' with 1 and a half cups of water and 1 and a half cups of milk alternative.  I used Almond Milk.  Almond Milk is my go-to or 'default' milk of choice.  I put these ingredients in my Ninja and let it rip for 15 seconds.  It made a HUGE batch of egg-like liquid for dunking bread into!  I ended up doing at least 7 large slices and there was enough liquid left to fill a travel mug. 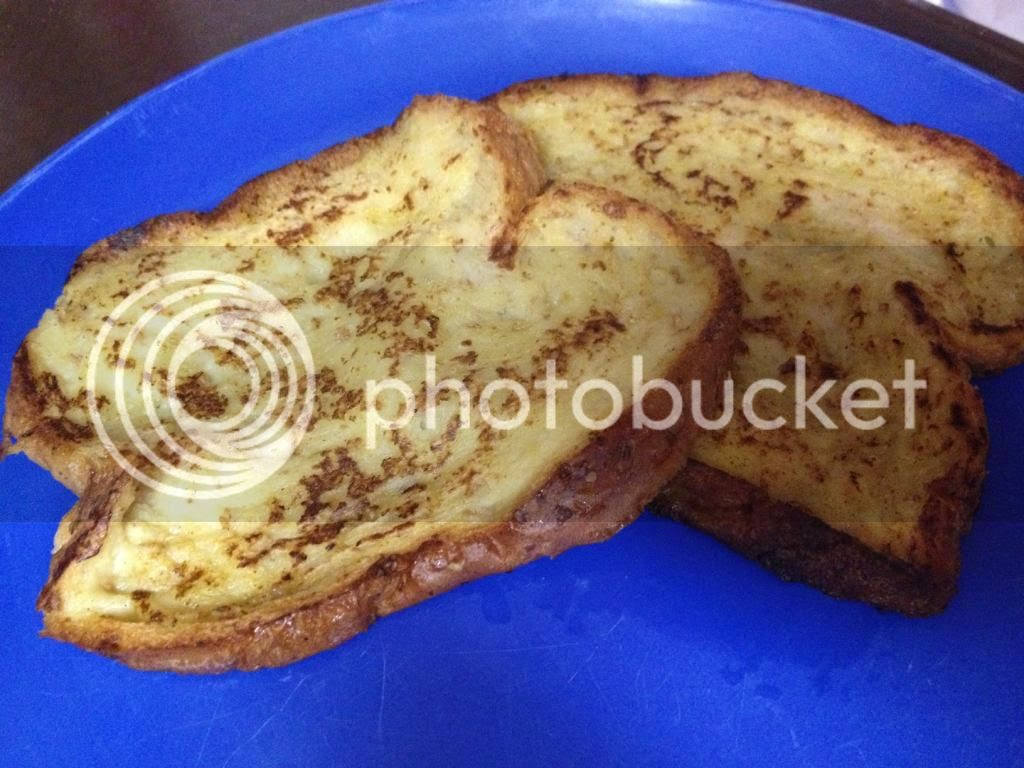 I added a little bit of Wildtree's Hearty Oatmeal Mix-In to the 'batter' and it turned out pretty good!  I had the perfect bread, too, that was made by a small local grocery store!

Here are two of the pieces that I made!  I also did another one that I tried with Wholesome Sweeteners Agave Syrups!  I used the Cinnamon Flavor and it was AMAZING! 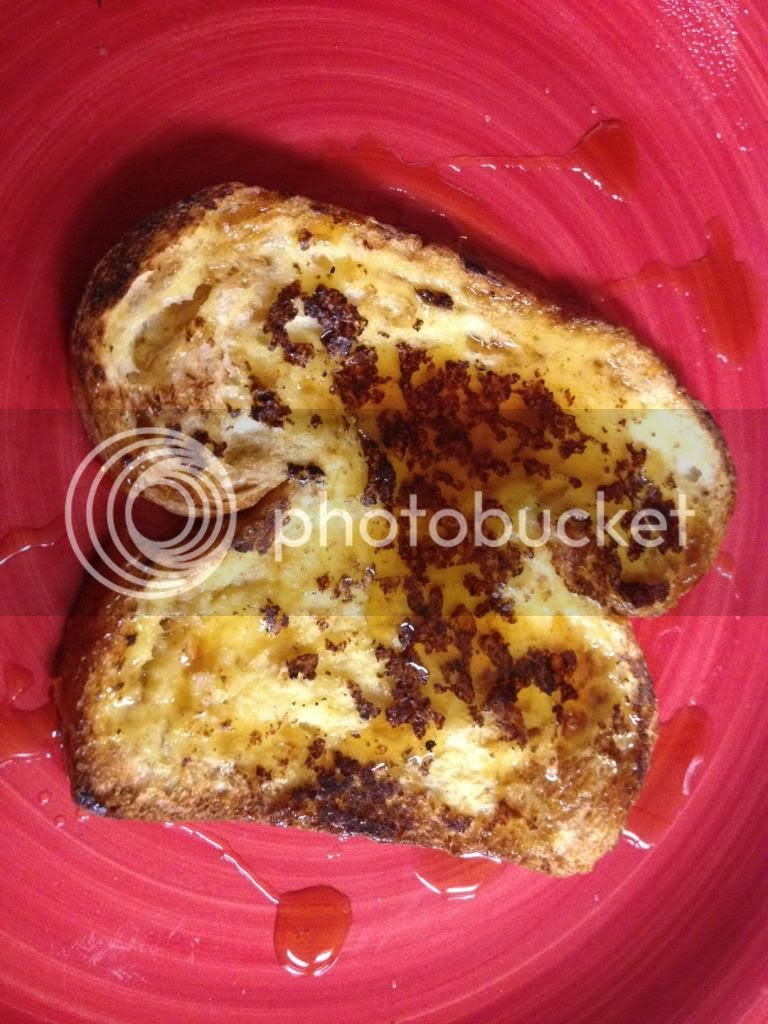 I will absolutely be doing this again!

The most interesting part of this - for me - was that when 'activated' by the liquid this mixture ACTUALLY smelled like EGGS!  Almost like Hard Boiled Eggs, for example.

My attempts with this product didn't stop there!  I ended up trying Zucchini Bites with it as well!  I used 1 Zucchini and used my Spiralizer and then cut the strands.  I used a little bit of The Vegg and also added 1 onion, chopped in larger pieces, and bread crumbs. 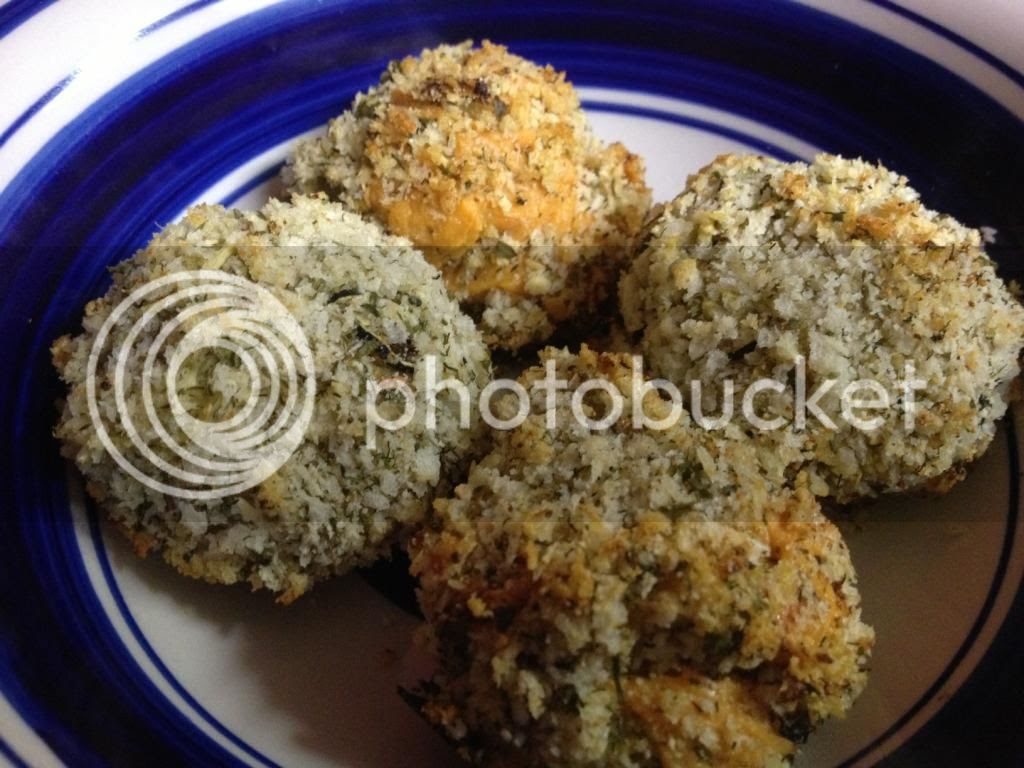 I baked them in the oven and to some of them I added a little bit of Daiya Shreds to them.  I noticed they were NOT doing to be done in the time I had hoped so I took them out - rolled them in tighter 'balls' and added more bread crumbs and put them back in the oven.  This worked really well!  I think my problem was is that I didn't get enough of the liquid out of the Zuke's before putting them in the oven.  Regardless - they turned out super tasty!  My secret ingredient?  Wildtree's Tzatiki Seasoning!  It was great with these Bites!

I have so much more to share with you but I will save those items for tomorrow!
Posted by Unknown at 1:47 PM