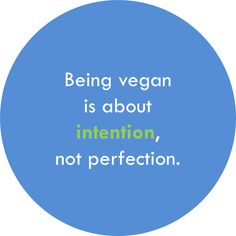 Is it weird that this has been the hardest prompt for me thus far during this years Vegan MoFo?  Today's topic...honor a human or non human animal who inspired your veganism.
Well, I can't say I really have one, specifically, to mention here.  I think each step that every individual takes is a PLUS.  Vegan or Non-Vegan.  I can't say there is any one person that inspired me to go vegetarian when I was 15 years old - I just DID IT.  It was mostly because I didn't like meat and because I had daily migraines.  Then about 4 years ago I switched from vegetarian to vegan mostly because of digestion issues.  And I use the term vegan with some nervousness because YES sometimes I do 'screw up' but I believe it's about intention and not perfection.  I talk more about that in an old post you can find HERE. 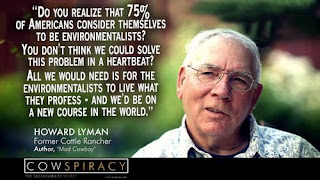 But to follow suit with today's topic I figured I would blog a little bit about some of the people that have 'stuck with me' over the years.  First up is Howard Lyman.  If you aren't familiar with him he's an author and speaker and former cattle rancher (4th generation).  I met him about 13 years ago when he came to our area to speak and help with a fundraiser for a Farmed Animal Sanctuary I volunteered with for a while.  He's a heck of a guy! 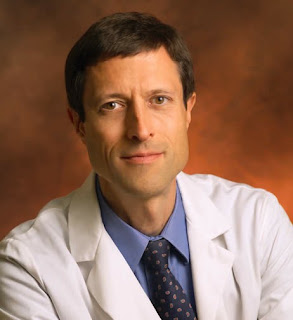 Another person I have great respect for is Dr. Neal Barnard.  He's the founder of PCRM (Physicians Committee For Responsible Medicine).  I've read a few of his books and enjoy his blog.  I think it's great that he's a medical doctor that follows and recommends a plant-based diet.  So many people who aren't veg 'assume' that we as veg*ns lack certain vitamins and nutrients and are unhealthy.  All we have to do is educate ourselves and DO what we learn to make this work!  We need to lead by example and there are many of those that do!  These two guys included!  Of course there are other doctors that fit this bill, too, and I was going to list some of my other obvious favorites that have been in the media lately but I found THIS LIST online of vegan doctors and thought I would link it so you could take a look for yourselves! 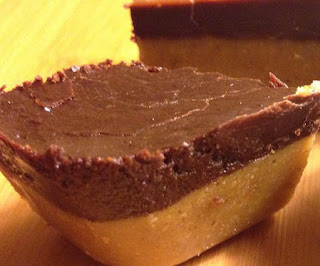 Today I will leave you with a yummy treat!  It's very rich on top with a creamy bottom layer, too!
Check out this 2 Layer Cacao Pistachio Raw Vegan Freezer Fudge!

It was recently featured on The Raw Food World NEW Site's RECIPE Section!

Get the full recipe HERE.

QUESTION OF THE DAY: What's the last dessert treat you consumed?
Posted by Jennifer at 7:24 AM