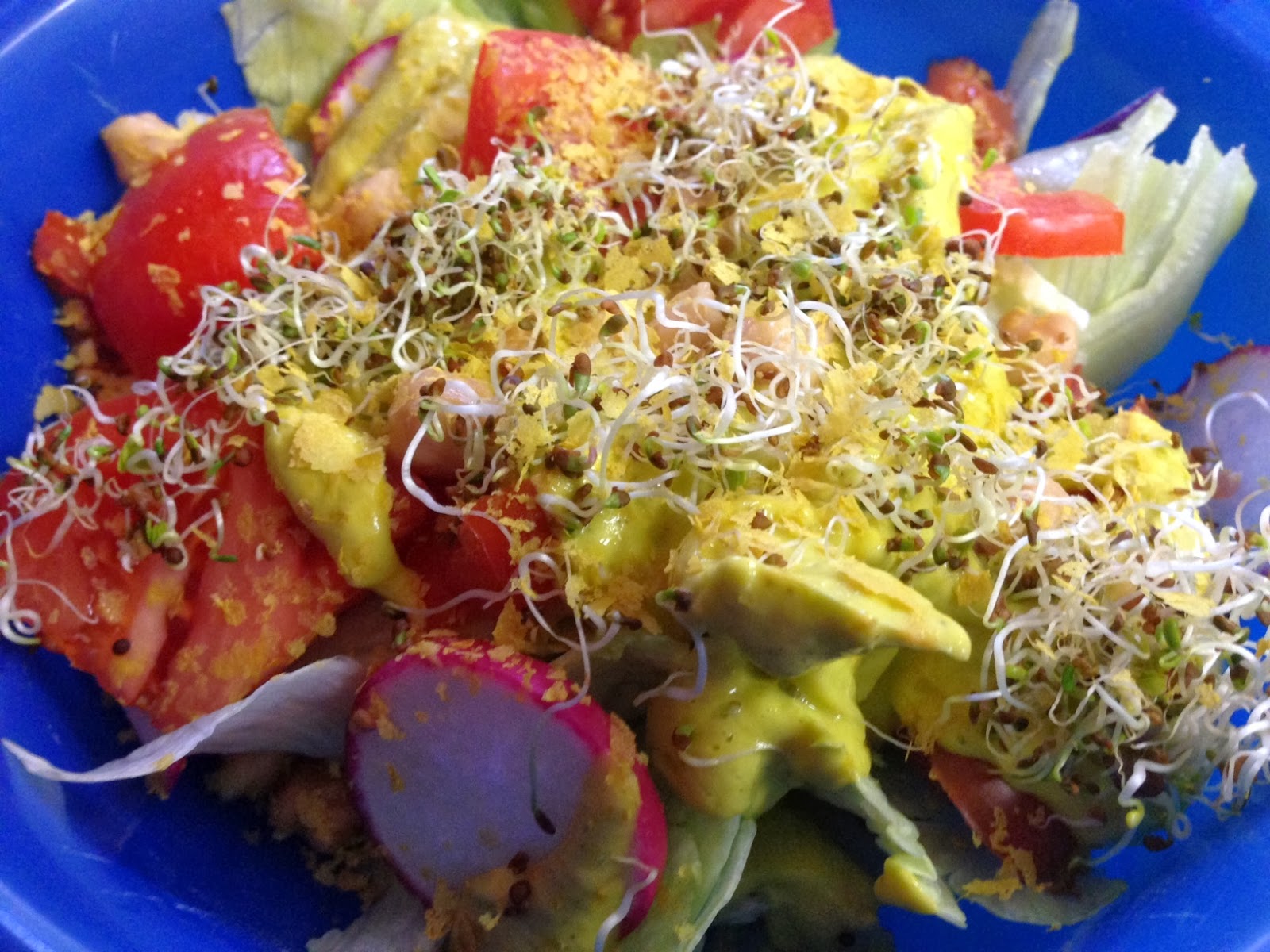 Where to begin?  LOTS to blog about today!  Some recaps from the weekend as well as some other stuff!  I guess I will start with food!  Yesterday I had a light food day.  Not only because I was busy but because I wasn't overly hungry.  I had a Raw Day - which was nice!  But it was VERY simple.  I had a mini meal of Coconut Water and Aloe Chunks and a whole grapefruit.  Last night I had a MASSIVE Salad.  Lettuce(s), Tomatoes, Radishes, Cashews, Sprouts, etc.  I topped it with a salad dressing that I will post below about along with some Nutritional Yeast.  The sprouts I sprouted myself and blogged about that previously as well.  In addition - I added a few raw sprouted chickpeas that I also did myself - in my kitchen.  A few days ago I started sprouting some Radish Sprouts that aren't quite ready yet.  Speaking of Radishes, tho, I found some at the Erie Whole Foods Co-Op that were semi-local and gorgeous!  I could resist and HAD to pick them up for $1.99 per bunch.  They were HUGE and featured 4 different colors.  I used one of the Red ones in this salad. 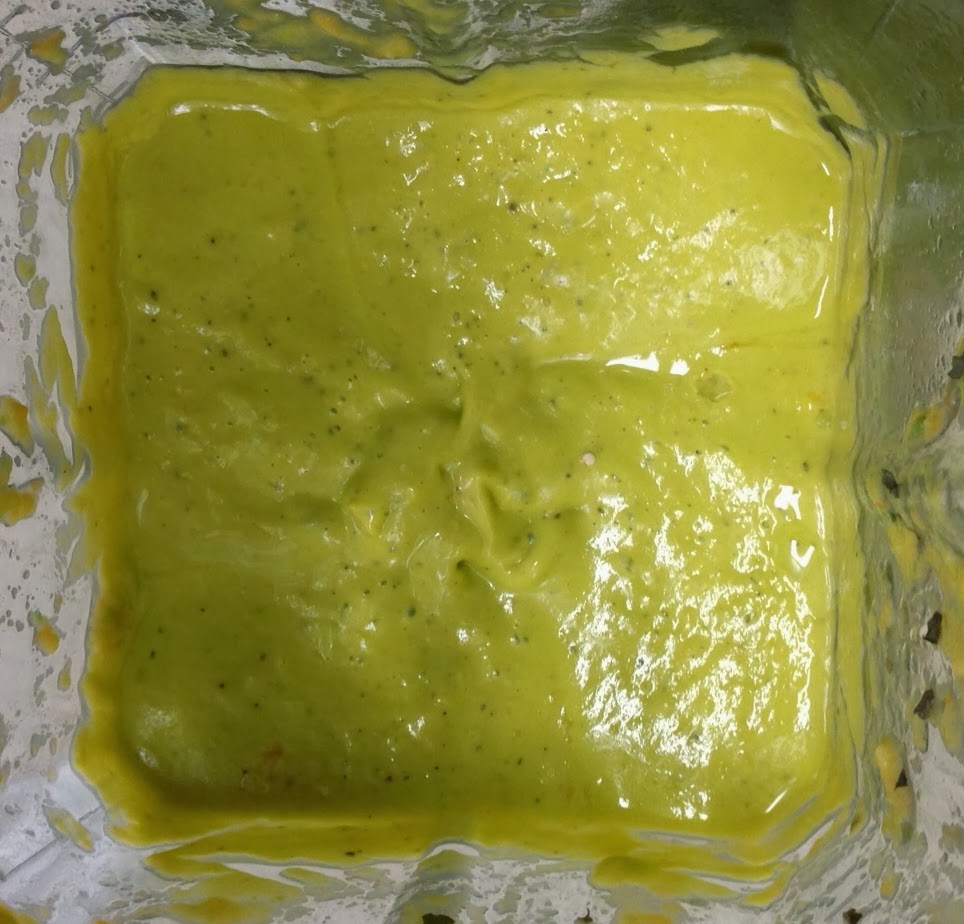 This is a photo of the Homemade Raw Vegan Salad Dressing I made that you can also see on the salad in the photo above!  This was incredibly flavorful and SO EASY to make!  Here's what's in this Creamy Orange Dressing:
3 Mandarin Oranges
1 Avocado
1/4 C Lemon Juice
3 T Grapeseed Oil
1/4 C Water
2 T Basil 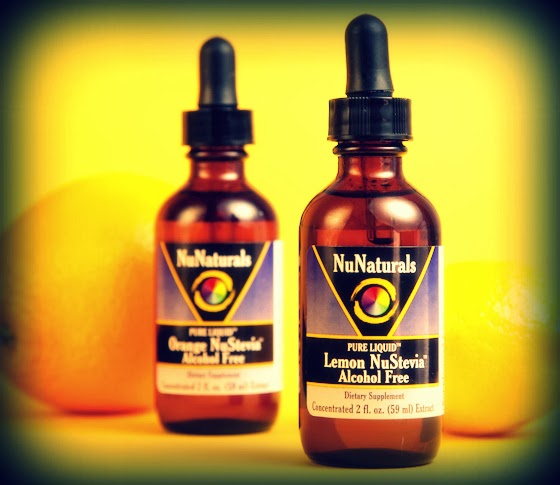 And speaking of EASY food and beverage prep...I discovered a neat way to make a glass of Lemonade!

So easy and so tasty!

I've also been focusing on 'waste-not-want-not' type things in the house - especially in the kitchen!  After making the dressing above I saved the peels of the mandarins and put them in boiling water.  The aroma filled my kitchen and it was wonderful!  I also added a pinch of cinnamon. 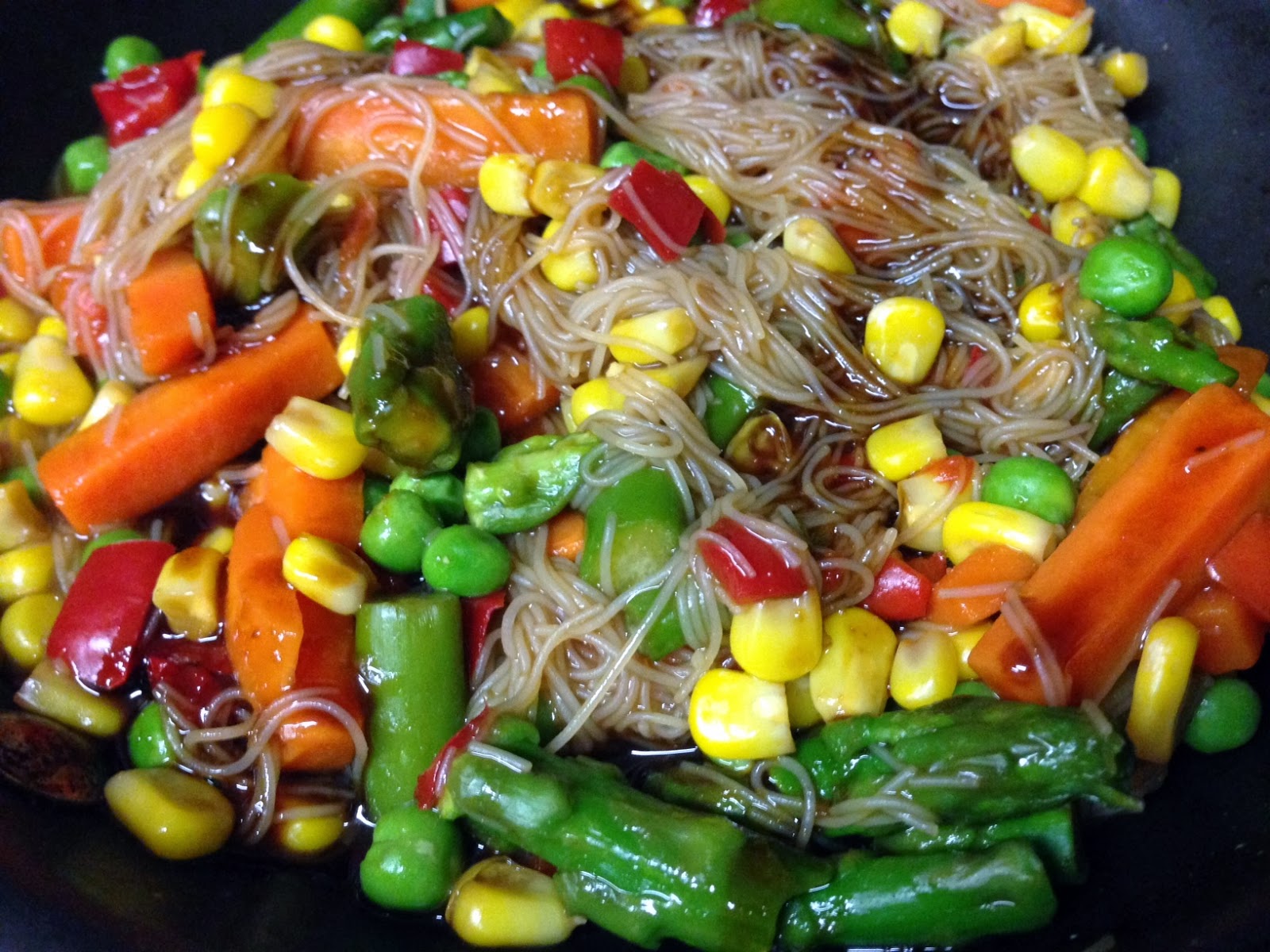 I also made a few lunches a head of time last night.  This was one of them.  A simple Veggie and Rice Noodle Teriyaki Stir Fry.  I used frozen veggies - here - because there isn't much to choose from in the area of fresh right now.  I used Wildtree Teriyaki Sauce to taste.  I really like their sauce because it's not very salty at all - and - of course - it's vegan! 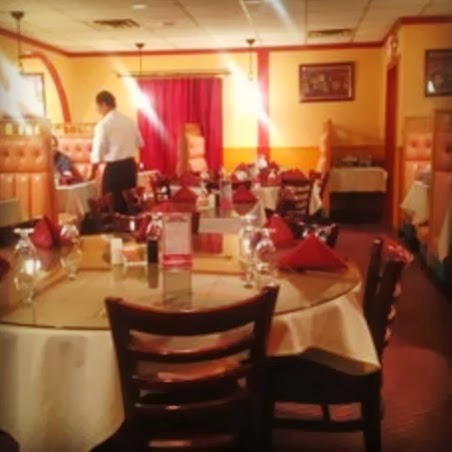 Saturday - hubby and I took a drive in HIS new Fiat.  Yes...that's right...we now have TWO Fiat's!  They are even the same year but his didn't have a previous owner where as mine did.  His is a 'stick' where as mine is an 'automatic'.  We found out that his gets about 4 miles more HIGHWAY than mine does...which is kind of cool!  So...I average about 40 and he goes between 40 and 44 highway.  It was a fun drive!  We swung by the shop in Erie to have them check his breaks and it wasn't a big deal - they fixed a slight noise - and they chalked it up from it sitting on the lot previous to us buying it.  After that we were on a mission to find a good Indian Restaurant.  You see...my husband hasn't been a fan of Indian Foods and I am.  BUT...this place...he really liked so I was so happy!  We ended up in Niles, OH, and went to Bombay Curry & Grill.  Everyone was so nice and there were many vegetarian and vegan things to try!  We ended up both getting the buffet so he could try anything he wanted for a nice variety and I could see exactly what it was before eating it!  For the two of us - this bill was only $17.  AWESOME! 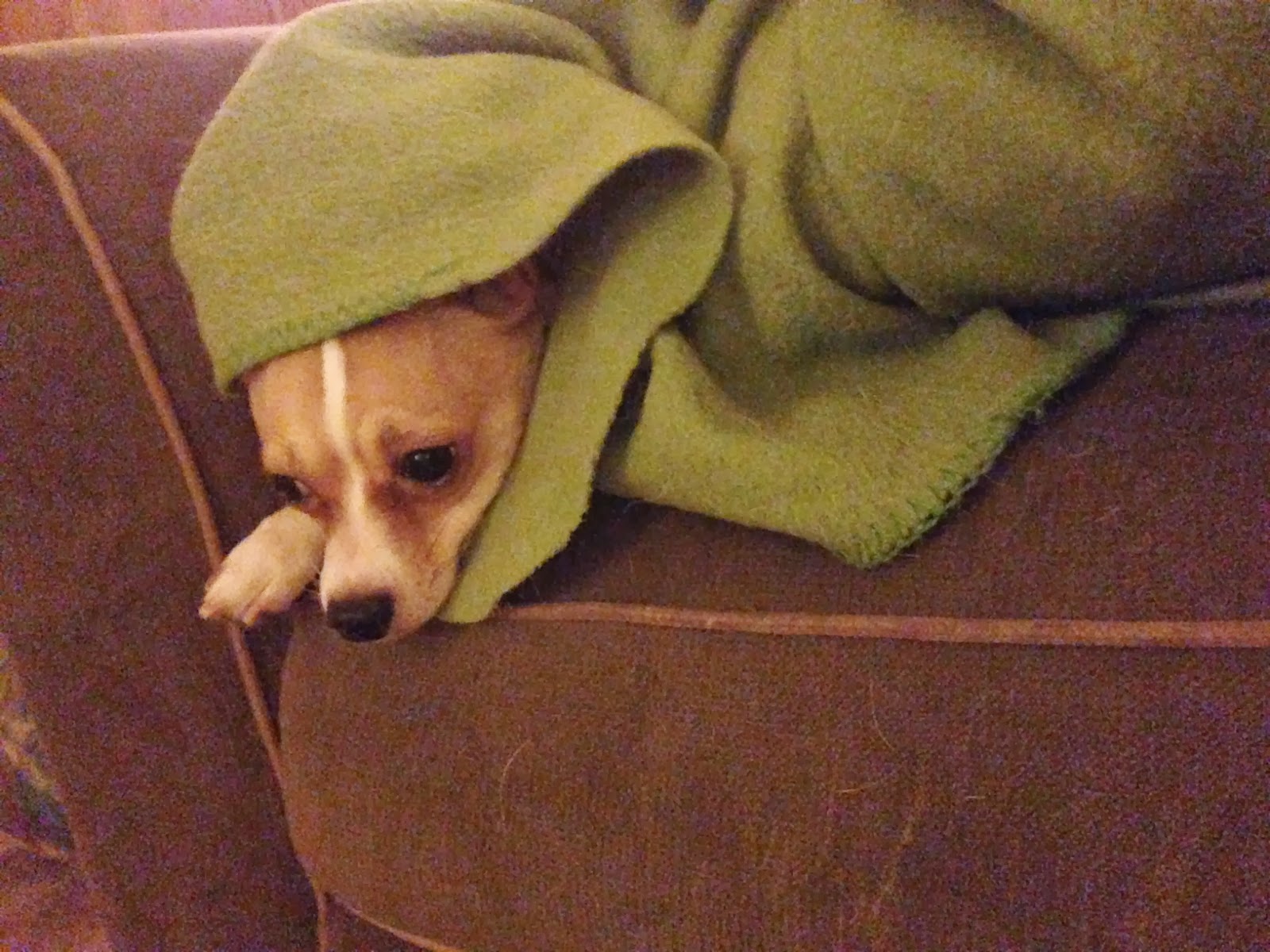 The 'furkids' have been doing well!  I woke up yesterday to this photo op!  Lately I have had to put this green blanket on top of my pillow and he will either sleep by my head or burrow underneath the blanket but on top of the pillow.  In this photo he wedged himself in between the pillow and the sofa arm rest and under the blanket!  So silly!

And as I was getting ready for work the other day - the other two pups were 'cheek to cheek' and I don't mean the ones on their faces - in this photo - ready to lounge for the day while I went to work.

Charlie's doing real well!  It looks like the sore on his tail is getting better and he's been fairly nice.  As many of you may know - he's a pretty feral.  We are still missing Gabby and always will - but she's with Sammy now!  One day - we will be reunited!
Posted by Unknown at 8:51 AM